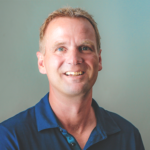 Pregnancy is no longer a surprise these days. Thanks to contraception, it is possible to have sex without conceiving a child. There are many different contraceptives, from regular contraceptive pills to one-off morning-after pills to non-hormonal contraceptives like condoms or the coil. Most of them are intended for use by women. In this text you can read all about the different types of contraception and how to use them.

Contraception is a method to prevent an unplanned pregnancy. There are several ways to do this. Some contraceptives (adhesion barriers) prevent sperm from reaching the uterus. Other contraceptives cause the conditions in the female genitalia to change, making a pregnancy impossible.

What forms of contraception are there?

What types of hormonal contraceptives are there?

The contraceptive pill, also known simply as ‘the pill’, is one of the most commonly used contraceptives. The pill works on the basis of hormones. Most contraceptive pills are what is called a ‘combination pill’, containing both female sex hormones oestrogen and progestogen. These birth control pills are dosed in such a way that they inhibit ovulation, so that no eggs are released. In addition, the hormones change the structure of the uterine (mouth) mucosa. This makes it more difficult for sperm cells to penetrate into the uterus and any fertilised egg will not be able to implant itself.

What types of contraceptive pills are there?

There are different types of contraceptive pills to choose from, which can sometimes cause some confusion. The various types of pills are listed below:

How do you use contraceptive pills?

Contraceptive pills are a very reliable contraceptives, provided you take them in the right way. Use of the pill differs with each type. With most contraceptive pills you take one tablet every day for three weeks. This is followed by a so-called stop week: Seven days in which you do not take a pill. During this week there is bleeding that looks like a menstrual period, but which is generally quite light. This is called a withdrawal bleed. You are also protected against pregnancy during the stop- week. There are also pills for which there is no stop-week. You take a pill every day until the strip is empty and then immediately proceed to the next strip. Depending on the type of pill, a withdrawal bleed can still occur.

The contraceptive pill is quickly worked out. If you stop using this contraceptive, you will be fertile again almost immediately.

Contraceptive pill for other purposes

Sometimes women take the pill for reasons other than birth control. For example, because they suffer from menstrual disorders, such as heavy bleeding, severe menstrual pain or a very irregular menstrual pattern. The pill replaces natural menstrual periods with a mild, regular withdrawal bleeding, which reduces these complaints.

Women who take the pill can shift their periods. This can be useful, for example, if you need surgery, go on holiday, have a sporting event or if your period is inconvenient for some other reason.

The emergency contraceptive pill is not the same as a regular contraceptive pill. The so-called ‘morning-after pill’ is only meant to prevent a pregnancy after unprotected sexual intercourse. The emergency contraceptive pill contains a certain amount of hormones that inhibit ovulation and/or prevent a fertilised egg from settling in. This means that there can be no pregnancy. However, the tablet should be taken as soon as possible: preferably within twelve hours, but in any case within three to five days after unprotected intercourse.

Other types of hormonal contraceptives

What types of non-hormonal contraceptives are there?

What is definitive contraception?

A definitive form of contraception is sterilisation. With this surgical procedure, fertility is definitively terminated. In principle, you will not be able to have children after sterilisation. A sterilisation is therefore only meant for people who do not want to have a child anymore. Both men and women can be sterilised.

For both men and women, sterilisation is an outpatient procedure, so you can go home the same day.

Another way of not getting pregnant, but without the use of regular contraceptives, is periodic abstinence. This calculates when a woman is fertile. During the fertile period there is no sex, or sex with an adhesion barrier (condom or pessary).

There are different ways to calculate the fertile period of a woman:

What are the additional risks and side effects?

There may be risks and side effects associated with the use of contraceptives. These differ per contraceptive.

What are the risks and side effects of hormonal contraceptives?

Side effects that are rare but serious include cancer and thrombosis. Women who take the pill or use other forms of hormonal contraception have a slightly increased risk of developing these conditions. However, women over the age of 35 who smoke are more likely to experience these side effects. They are not advised to use hormonal contraception. This also applies to women who suffer from certain conditions or who take certain medicines.

What if you miss a dose of hormonal contraceptive?

Hormonal contraceptives are only reliable if they are used very precisely. Have you forgotten to take the pill, for example, or to apply a new ring or patch? Then it is possible that you are no longer optimally protected against pregnancy. This is also the case if you have vomited out the pill or if the patch has accidentally come loose. The body may not have been able to absorb the active ingredients sufficiently. The product information leaflet states exactly what you should do if this situation occurs.

Can you breastfeed when using hormonal contraceptives?

of breast milk. You can use this pill if you are breastfeeding. The same goes for a coil. However, this contraceptive can only be placed from four to six weeks after childbirth. The hormones you receive can pass into the breast milk and reach the child. This is not necessarily harmful to the child.

What are the risks and side effects of non-hormonal contraceptives?

The use of non-hormonal contraception presents little or no risks or side effects. Placing a copper coil can be painful. Some women with a copper coil also suffer from heavier menstruation. Sterilisation is an operation, involving the usual risks of an operation carries. The reliability of adhesion barriers is significantly reduced if the condom or pessary is not used properly. A condom can tear, for example, or a pessary can move. In addition, the use of certain medications may affect the material of the contraceptive and make it less reliable. Always read the manual carefully before using these contraceptives.

What are the risks and side effects of alternative methods of contraception?

The reliability of the alternative method of contraception (periodic abstinence) is much less than that of regular contraceptives. The calendar and temperature methods require very accurate records. For the cervical smear method, the mucous membrane is not always easy to assess. In addition, sperm cells can survive for several days in the uterus. If the periodic abstinence is initiated too late, there is a chance that an egg will be fertilised.